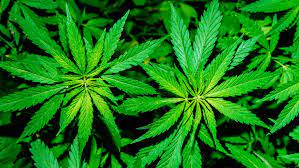 Marijuana, althoughconsidered as a harmful drug for humanconception but if used right many studies shows its positive effects on people with chronical mental illness. The negative information far offset a couple of archived benefits for a restricted arrangement of clinical signs, for which protected and successful elective medicines are promptly accessible. In the event that there is any clinical job for cannabinoid drugs, it lies with artificially characterized compounds, not with natural weed plant. Authorization or clinical utilization of smoked pot is probably going to force critical general wellbeing gambles, including an expanded gamble of schizophrenia, psychosis, and different types of substance use issues.

Marijuana a natural drug found in the Marijuana plant is one of the most used illegal drugs across the world. It has been existing for a very long time and in India Marijuana has been bound with faithand mysticism. Marijuana is said to help the user attain“ecstasy in the original sense of the word”. People have been consuming it in the form of charas (hash), bhang, and weed for centuries.

Legalization of marijuana is the most common way of eliminating all lawful disallowances againstit. Weed would then be accessible to the grown-upall inclusive community for buy and use voluntarily, like tobacco and liquor. Decriminalization is the demonstration of eliminating criminal approvalsagainst a demonstration, article, or conduct.Decriminalization of marijuana implies it would stay illicit, yet the overall set of laws wouldn’t arraign an individual for ownership under a predefined sum. All things being equal, the punishments would go from no punishments by any stretch of the imagination, common fines, drug training, or medication treatment.

Marijuana is one of the five essential plants in the Vedas. Marijuanais a part of our culture and it has been used extensively to cure many ailments of people since the Vedic era. In the 1830s, it was discovered to lessen the pain of those with cholera. It was extensively used and it had great pharmaceutical value.

Marijuana being illegal is smuggled across the world. The Marijuana Taxation Act, of 1937 was the first act passed by the U.S to criminalize marijuana. Later on, in the times of the War on Drugs, marijuana was unnecessarily added into the category of Schedule I drug in 1961. Unlike other drugs, marijuana addiction is rare. India having cultural and historical backgrounds, opposed the intolerance of drugs, and after 25 years passed the Narcotic Drugs and Psychotropic Substances Act, 1985 which exempted bhang from the definition of Marijuana.

In 1972, a report was made about misunderstanding marijuana into a wrong category and partially legalizing marijuana for recreational and medical purposes. The psychoactive part of the plant is THC (tetrahydrocannabinol) which causes the ‘high’. THC activates certain receptors of the brain in the human body which causes euphoria. The way we cannot spell HEALTHCARE without THC we cannot make the world a better place without decriminalizing marijuana. Many countries including Alaska, California, Vermont, and others legalized marijuana in 2018. Along with these countries, India too has been lookingforward to legalizing marijuana as it would be useful from the medical, agricultural, and economic perspectives too.

EFFECTS OF MARIJUANA ON MENTAL HEALTH

Smoking marijuana has various intense and ongoing pathogenic impacts on human psychological well-being. Directcausal impacts of persistent use are challenging to deductively lay out on the grounds that the conditioncan’t be haphazardly relegated or controlled tentatively for moral reasons. By and by, forthcoming populace studies demonstrate that early pot use regularly fills in as an introduction (or “entryway”) to other illegal medication use. Regardless of intermittent non-corroborative outcomes, the “passage grouping” is the most widely recognized design in the successive movement in drug use where pot use regularly is the underlying advance driving towards all the more impressive and more hurtful medications.

The psychological impactsof smoked marijuana incorporate mental gradualness, “unwinding”, sluggishness, happiness, and a few clients report tension and distrustfulness. Intense adverse consequences on comprehension and execution, restricted to times of inebriation, have been generally all around archived. Long haul impacts of pot use on mental execution include unobtrusive and particular debilitations of explicithigher mental capacities including a disabled capacity to concentrate consideration and channel out unimportant data, which is moderate with the combined span of openness to weed. These impacts of constant use recuperate just somewhat in ex-weed clients, yet the previous term of weed utilize kept on unfavorably affecting the capacity to dismiss complex insignificant data really.

EFFECTS OF LEGALIZATION OF MARIJUANA

Scientists have been researching this plant and it could prevent cancer cells from spreading to different parts of the body, cure anxiety, and cure any kind of pain. Although consumption of marijuana is harmful to adolescents adults can use it for medical purposes.

India is a country where marijuana gets suitable climatic conditions to cultivate but because it is not legal in India, marijuana is smuggled among the dealers from different parts of the country such as Himachal Pradesh, Tamil Nadu, Manipur, and other states too.

On November 25, 2018, the Central Council for Research in Ayurvedic Sciences (CCRAS) announced the resultof the study, Marijuana-based drugs were found to be an effecton cancer patients in relieving pain. The organizations such as BOHECE and CSIR promoted more studies of the plant in one of their conferences2 in Delhi on November 23, 2018.

Following the trend in favor of the legalization of marijuana, Uttrakhand was the first State in India to allow commercial cultivation of hemp (the fiberof the Marijuana plant) for recreational and agricultural purposes.

Justice Rajiv Shakhder headed a bench which refused to allow the early hearing petitions regarding legalization of marijuana which contented that it helped in countering the effects of COVID -19. The petition was also challenged by the provisions of Narcotics Drugs and Psychotropic Substances Act which prohibits the use of cannabis and has contented that the drug has medicinal and industrial benefits.3

The State legislatures are engaged to permit the development of weed for modern and logical reason. On comparative lines, it could be derived that the development for modern/plant purposes, as given in Section144 of NDPS Act, can be considered by the StateGovernment, it added. While practicing this power, the State of Uttrakhand has permitted development of hemp for modern purposes and the hemp-based items are accessible on the lookout and furthermore accessible on the web, the oath informed.

The Center additionally presented that cannabinoids are not a first-line therapy and advised against the tremendous gamble of redirection of weed for non-clinical use.

In the course of the most recent few years, a few Indian states and public pioneers have responded decidedly and given their consent with regards to the discussion in regards to legitimizing weed in the country. Since the business development of weed can be altogether productive for the states, they have been pushing the public authority towards legitimizing the spice.

In 2018, Uttrakhand turned into the main state in the country to permit business development of the hemp crop. The state government even, without a doubt a permit to the IndianIndustrial Hemp Association (IIHA), to develop the fiber north of 1,000 hectares, on a pilot premise.

Following the decision, the year likewise saw the Madhya Pradesh government stick to this same pattern. Madhya Pradesh’s Law Minister P.C. Sharma answeredto the press that the state government has chosen to sanction the development of pot in the state for clinical and modern reason. Nonetheless, since that declaration, progress on the issue has slowed down, with no further advancement occurring.

One more certain news emerged out of Manipur last year, the state which is accounted for to have probablythe best weed in the country. N Biren Singh, Manipur’s Chief Minister in a public interview uncovered that the public authority was genuinely considering legitimizing clinical maryjane to assist with supporting the state’s income. He even recommended that new companies could be engaged with the legitimization cycle, gave they demonstrated a high potential to be essential for this industry.

With the acknowledgment of the restorative properties of pot developing among Indian legislators, the developing state support is just a positive sign for the development. Hopefully the conversation assembles steam in 2020 and comes to the front, which could prompt further sure advancements with regards to weed authorization in India.

Exact and clinical examinations surveyed here obviously show obsessive impacts of weed smoking on physical and particularly psychological well-being as well as its impedance with social and word related working. We didn’t track down a solitary strategically sound review to propose that the advantages of smoking marijuana offset the related dangers. These negative information far offset reported benefits for a restricted arrangement of clinical signs for which protected and compelling elective medicines are promptly accessible. In any case, promotion bunches are seeking after legitimization or clinical utilization of smoked marijuana, generally overlooking pills containing separated THC and other cannabinoids. It shows up in this way that it isn’t the advantage of dynamic weed fixings, howeverthe course of organization, a more extensive arrangement of signs, and the custom of purpose that is being upheld. In light of the exact and clinical proof explored here, it appears to be protected to infer that, assuming there is any clinical job for cannabinoid drugs, it lies with synthetically adjusted separates, not with natural weed plant.

This blog is authored by Poorva student of Banasthali Vidyapith

2 Marijuana R&D in India: A Scientific, Medical and Legal Perspective.