Under Muslim law, gift is often termed as “ HIBA ” which is defined as “ the donation of a thing from which the donee may derive a benefit ”.[1] Also it is understood as an unconditional transfer of property made immediately without any exchange or consideration by the transferor to the transferee and accepted by or on behalf of the transferee. The definition according to Fyzee is , “It is an immediate and unqualified transfer of the corpus of the property without a return ”.[2] 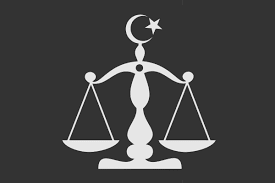 Requirements of a Valid Gift :

3. Essential ingredients of making of a gift : –

As gift is also a specific type of contract, the transferor or the donor are required to be major and of a sane mind. So, any Muslim who is major and of a sound mind is capable of being a donor or transferor i.e., competent to gift his property. The age of majority is 18 years in ordinary cases and 21 years in cases where the guardian is appointed by the court. Also to make a valid gift , the donor must be the owner of such property which is subject to such contract, any trespasser cannot make a valid gift of the property in his possession.
The great part of this Muslim law is that there is no discrimination on the basis of sex or gender. A Muslim woman is also competent of being a donor despite of her marital status which means a Muslim woman whether married , unmarried , widow or divorced is competent enough to gift her property to any one she wants. The law is slightly change in cases where the donor is a “Pardanashin Woman ”. In these cases the donee is under the burden to prove that the such woman has understood the full implication of such transfer.
This rule is not discriminatory and is only for the benefit of the Pardanashin woman, as such woman have very less or practically negligible interactions with the stranger due to social customs.[3]

The competency of a donee is not much of an issue, a donee can be a minor or even a person of an unsound mind. The only requirement is that he must be a juristic person means capable of holding the property. For example, a mosque is a juristic person and competent to be a donee. The donee can be of any sex or gender, any age and even of any religion. He / She can be a relative or a totally stranger.

Subject Matter of the Gift :

If we talk about the subject matter of a gift deed then such property must be in existence i.e., should be under the absolute possession of the donor and not a future property. This part of Muslim law is also somewhat different from the provisions of Transfer of Property Act, 1882, as in the act there is a provision of spec succession i.e., when a person who is an heir – apparent promises to transfer the property not under his ownership in present, gains the ownership of such promised property in future then such transfer will be valid under Transfer of Property Act, 1882.[4] But this type of transfer is considered void under Muslim law as the very basic requirement of immediate transfer of the possession at the time of execution of the gift deed will not be fulfilled.

Essential Ingredients of a Valid Gift :

For the formation of a valid gift there are three certain basic essential ingredients which must be fulfilled. They are : –

Declaration by the Donor :

The first important essential for a valid gift is that there must be an offer or proposal from the side of donor, expressing the will of the donor to the donee. This offer to gift is also called as “Ijab” under Muslim law.[5] The act of expressing willingness of the donor is called declaration. For a valid gift to exist the declaration must be given voluntarily and with free consent. It must be manifested without any ambiguity.
It is also important that the declaration must not be given with any fraudulent motive or any tainted purpose, it must be bona fide and with good intentions. As stated previously, if the gift was made for the purpose to defeat the creditor or creditors of the donor, then such gift will be considered as voidable at the option of such creditor or creditors.
This declaration must be given in the presence of some witnesses and not in isolation or it can be given with public statement, that the donor was gifting the property to the donee and with this he divests his all the rights with the donee.

The second essential ingredient is that the offer made by the donor must be accepted by the donee or on his behalf. This acceptance under Muslim law is also known as “ Qubool ”. If donee is unable to accept the offer due to his age or unsound mind then on his / her behalf acceptance can be given by the guardian of his / her property. The guardians in these cases are stated under and there authority is present in same order : – Father, his executor appointed under his will, paternal grandfather , his executor appointed under his will. The mother or paternal grandmother are not the natural guardian of the minor but this authority can be granted to them via will of the father or parental grandfather.

The third and the last essential ingredient of the valid gift is the immediate transfer of the possession of the property to the donee. This delivery of the possession under Muslim law is termed as “ Qabza ”. This part of the Muslim law is bit different from the provisions of the Transfer of Property Act, 1882 as under this act, the immediate transfer of the possession is not an essential part and the same can be given in future date.
Under Muslim law, a gift is not valid unless it is accompanied by delivery of possession of the gifted property. It does not have any legal effect till possession is given. Therefore, it is most important that the possession of the subject matter must be delivered immediately to the donee at the time of making of gift.
[1] Kerry Weil Tripp, Family Law for Non – Lawyers, 456 (1st ed. , 2015).
[2] Asaf Ali Asghar Fyzee, Outlines of Muhammadan Law, 723 (5th ed. Oxford, 2019).
[3] Steve Berenson, Family Law : Doctrine and Practice, 678 (Carolina Academic Press, 2017).
[4] Section 6, Transfer of Property Act, 1882 (4 of 1882).
[5] Dr. Poonam Pradhan Saxena, Family Law – II, 477 (4th ed., Lexis Nexis, 2019).