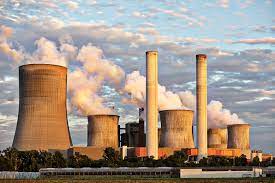 As environmental pollution increases, the risk of the consequences of degradation of environment not only falls on the specific country where such activities are being carried out, but also spreads across the globe, especially the countries near such areas of practice. This puts the innocent countries at high risk of being exposed to environmental pollution and transboundary pollution, which brings about the concept of safeguards that can be taken in case of transboundary pollution, recognized under International Environmental Law. [1]

In recent times, with the rising need for the protection of environment from pollution and climate disasters, it has been observed that the developed countries are those who are the most responsible for causing high ranges of pollution, the consequences of which are reaped by the developing and emerging nations.[2] At this state of affairs, in order to prevent transboundary pollution to affect the states who are not responsible for such consequences, appropriate laws have to be introduced as a regulatory measure, in order to prevent the victim states to not be unethically subject to the pollution caused by others.

In this context, the instant article attempts to demystify the meaning of Transboundary Pollution under International Environmental Law with a special focus on the Polluter Pays Principle (PPP) and inform the readers about the liability a state may hold under international treaties and obligations, not only as a competitive partner, but also as a good Samaritan and neighbouring country.

Framework of a Pollution Proof Network

Few of the most important principles which carry the most weightage in Internatinal Environmental Law includes the principle of Sustainable Development, the Precautionary Principle, and the Polluter Pays Principle (PPP).[3] In addition to these, as good Samaritans and neighbouring countries, states should cooperate internationally and exhibit the qualities that any good neighbour should have, i.e., to support and to refrain from performing any act which may cause a great deal of harm in both lands. Although these principles are considered to be soft principles, the same is incorporated across various state practices, treaties, soft law commitments, binding acts of international organizations, etc. [4]

The Polluter Pays Principle (PPP) in particular is one which resonates the most with the betterment of the future environmental circumstances, deeming it pertinent to ensure a standard living condition in the near future. However, for effective action, it is necessary for such soft laws to be implemented in different national legislations in order to reap effective results of the objective of achieving a pollution proof globe.

The Polluter Pays Principle (PPP) holds the responsible state to be liable for causing environmental harm in other states as a result of its activities. Thus, the polluters in this case have the burden to not only compensate the victims of such pollution, but also to make right the effects and consequences faced by such pollution under the 1972 and 1974 OECD Recommendations.[5] Moreover, the public authorities who are responsible for the regulation of International Environmental Laws are the ones who decide what measures can be taken by the polluters for controlling the pollution emitted by their practices and bring the same to an acceptable level post the industry operation.

The Polluter Pays Principle (PPP) has existed as one dominant force since the early 1970s, but has not been given much significance.[6] It has been often reported that states who are most responsible for pollution do little to stop the hazardous activities,[7] but according to international obligations and treaties that India is a part of, the states are under an obligation to do so, no matter how incalculable the damage may be.[8]

After a series of climate disasters that had to be faced by innocent states who did not have a hand in polluting their territories, the Polluter Pays Principle (PPP) acts as a single ray of hope towards the end of a dark tunnel. This is because, the countries who are most vulnerable to climate disasters are the developing countries.[9] In furtherance to this, the countries in the Indo-Pacific region which are surrounded by water on majority of the sides are even more disaster prone due to such reasons, due to the high probability of rising sea levels.[10]

To be specific, according to the Reo Declaration of 1992, it is proposed that the offender, i.e., the polluter has to bear the consequences of the damages caused by the pollution committed, while also taking up all the costs,[11] in relation to the public interest of the globe as a whole, as well as a duty to ensure as good Samaritans and neighbouring countries, as was discussed in the preceding paragraphs. Moreover, this principle is also supported largely in order to ensure that the system of international trade and investments is not disturbed due to such activities which may cause bad relations between two or more states.[12]

Moreover, the good health of the citizens is also ensured through the instant mechanism of controlling the pollution through the Polluter Pays Principle (PPP).[13] This is because it has been often reported that the health of Samaritans are affected due to the high level of pollution in a particular area, which does not only affect the current generation, but also the upcoming generations, who turn out to be quite weaker than is known to us.[14]

To conclude the short brief, the Polluter Pays Principle (PPP) discusses under the concept of Transboundary Pollution in the subject of International Environmental Law discusses the liabilities a state has towards its neighbouring territories. These liabilities are classified as the incalculable compensation paid to the victims of transboundary pollution as well as retrieving the state the territory was at before it was subject to such high degree of pollution caused by the offender.

It is proposed that in recent times, such matters are taken into high consideration due to the frequenting climate disasters as well as the rising sea levels which may rule out certain states out of the global map. This not only causes a huge uproar for the victim states, but also to the states who were responsible for such consequences at the first plays. At times like these, the Polluter Pays Principle (PPP) acts as the only ray of hope towards the end of a dark tunnel which may help such victim countries to overcome the consequences of the transboundary pollution they had been subject to.

This blog is authored by Poulomi Chatterjee, student of Bennett University (2019-24)