The environment is a very comprehensive term. It contains a wide variety of phenomena. There are several ways to define this term with the help of different National and International legal methods. The environment comprises complex physical, chemical, and biological factors that surround an entity or an ecological community. These elements act and interact with other species and organisms that affect their growth and survival. Environmental crime represents the violation of environmental laws that protects the environment and human health. It is the manipulation of the natural environment that encompasses air pollution, water pollution, and the illegal transportation, storage, and disposal of hazardous waste, which causes the most serious threat to public health and natural resources of the earth. 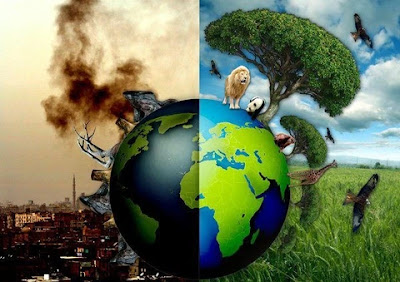 WHAT IS AN ENVIRONMENTAL CRIME?

The human assault on the natural environment reaches back to prehistory. However, the first serious threat to the environment and public health arose from the Industrial Revolution. Environmental crime is an unauthorized act or omission that violates the environmental laws and is therefore subject to criminal prosecution and criminal sanctions. This offense endangers the environment as well as human health. It serves the interest of either individuals or organizations. The activities revolving around abusing natural resources and pollution are becoming a vast business and are lining the pockets of international criminal organizations and terrorist groups. Illegal hunting and trading of wildlife, illegal mining, logging, and even waste disposal, have become the fourth largest criminal business around the world. According to a paper jointly produced by the United Nations Environmental Program and INTERPOL, illegal industries have risen by 26% since a previous estimate was made in 2014 and the growth is continuing at an annual rate of 5% to 7%.

Wildlife crime is a profitable form of systematic crime around the world. It includes illegal poaching, trafficking, or shipping of a specific animal product or species such as rhino horns, elephant tusks, peacock feathers, etc. by individuals or organizations with an aim of monetary income or other associative profit. wildlife crime is particularly persistent in Africa, Asia, and Latin America, as per the International Union for the Conservation of Nature and Natural Resources (IUCN), where all kinds of species such as mammals, birdlife, reptiles and amphibians, insects, and plants are affected.

Illegal logging is the reaping of woods which is a violation of national laws. It occurs when timber is reaped, shipped, processed, bought, or sold in violation of national or sub-national laws. According to the International Union of Forest Research Organizations report, illegal logging has affected all continents of the earth and is prevalent across all tropical forest regions. China, India, and Vietnam are the three major importers of legal and illegal tropical wood products. Since 2010, the Keo Seima Wildlife Sanctuary in Cambodia has lost nearly a fifth of its forest cover largely due to illegal logging, and land grabbing.

Illegal fishing refers to fishing that is carried out by foreign vessels without authorization in waters under the control of another state or which breaches the fisheries rules and regulations. It occurs internationally within both Exclusive Economic Zones (EEZ) of countries and in international waters. To prevent illegal fishing in India’s EEZ, the government has drafted a new bill whose objective is to regulate fishing beyond the country’s territorial waters. Under the proposed bill, state governments will be allowed to issue a licence for fishing in EEZ.

Waste trafficking is instigated mainly in developed countries. The United States, the European Union, Australia, and Japan are generally recognized as the main exporters of illegal waste shipment. The main destination continents for illegal waste trafficking are the African nations such as Ghana, Guinea, Nigeria, Togo, Benin, etc. and Asian nations such as Indonesia, India, Pakistan, Vietnam, etc. The illegal production and consumption of hydrochlorofluorocarbons (HCFCs), chlorofluorocarbons (CFCs), and other ozone-depleting elements also fall under pollution crimes. The illegal dumping and trade of wastes have resulted in global contamination of air, land, water systems including oceans and rivers. It is a serious threat to the ecosystem affecting both flora and fauna as well as human health.

Illegal mining is gradually becoming an issue of major public concern. It is widespread in Africa, Latin America, and parts of Asia. It affects the environment brutally. It destroys the natural flora and fauna, pollution, landscape degradation and radiation hazards. For instance, the illegal gold mining that destroyed the native Kotsimba land in Peru.

LAWS REGARDING ENVIRONMENTAL CRIME IN INDIA:

This Act offers protection to the country’s wild animals, birds, and plant species to ensure environmental and ecological security. It also lays down restrictions on hunting many animal species. An amendment to the Act in 1982, introduced a provision that permits the capture and shipping of wild animals for the scientific management of animal population The Act was last amended in the year 2006. An Amendment bill was introduced in the Rajya Sabha in 2013 and referred to a Standing Committee, but it was withdrawn in 2015.

This Act was enacted with the main objective to provide the protection and improvement of the environment and for matters connected therewith. It came into force on November 19, 1986 and is applicable to the whole of India including Jammu & Kashmir. The Act is one of the most comprehensive legislations with a pretext to protection and improvement of the environment.

This is a Central Act of Parliament to provide for the conservation of forest and matters connected therewith or ancillary or incidental thereto. The act extends to the whole of India except the state of Jammu and Kashmir.

The Act came into force in 1974 and is applicable to the states of Assam, Bihar, Madhya Pradesh, Gujrat, Haryana, Tripura, West Bengal, Jammu and Kashmir, Rajasthan, Kerala, and the union territories. It could also be adopted by any state through a resolution passed declaring to adopt the Act. The main objective of the Act is to prevent and control water pollution and to restore and maintain the wholesomeness of water for the establishment. It also confers some powers to the established bodies such as the central board and the state board to control pollution of the water bodies.

This Act consolidated all the previous laws regarding forests that were passed before the 1920s. It gave the Government and Forest Department the power to create Reserved Forests, and the right to use Reserved Forests for Government use alone. It also created protected forests where the use of natural resources by the local people were controlled.

India faces many environmental issues due to the growing population as the population been the major cause not only to environmental degradation by causing pollution but also acts as major participation in environmental accidents. The Act was enacted by the parliament on June 17, 1995. It has been created to award compensation for damages to persons, property, and the environment arising from any activity involving hazardous substances.

The Biodiversity Bill, 2000 was passed by the Lok Sabha on December 2, 2002, and Rajya Sabha on December 11, 2002. It had finally received the Presidential assent on February 5, 2003. The Act provides for the conservation of biological diversity, sustainable use of its components, and fair and equitable sharing of the benefits arising out of the use of biological resources and knowledge associated with it.

This Act was enacted as the law of Parliament in the year 2015 and it received presidential assent on December 31, 2015. It deals with radioactive wastes. The objective behind the enactment of this Act is to amend the provisions of the original Atomic Energy Act of 1982 which was enacted with the aim and objective to make provisions for the development, control, and use of atomic energy for the welfare of the people of India and other peaceful purposes.