The violence perpetrated on women isn’t only a social issue but also a health, economic, developmental, and academic and in particular a person’s rights offering. It’s one among the foremost pervasive of human rights violations globally. ‘Liberty, equality, fraternity’ were the ideals on which the French Revolution was based, led by Robespierre, resulted within the establishment of people’s rule commonly referred to as democracy. Our Constitution also upholds these ideals by accommodating them as a fundamental right of each individual. When we look at the past 70 years, the State has ensured the political equality to its citizens but unfortunately ‘social and economic equality’ are still a far-reaching dream to ordinary women. 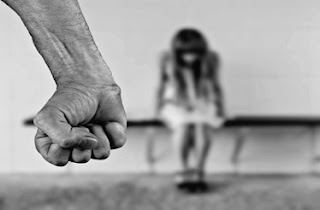 India has always followed the trail of patriarchal society and this age-long tradition has never died thanks to the circumstances and upbringing of youth in such an environment which glorifies it. Gender inequality is an in depth issue which then forms a vicious circle that always keeps women subordinated, disempowered and unequal. Within the recent times of the COVID-19 pandemic where economic, social, political, personal, professional positions are at stake and facing huge repercussions we can say one of the most hardly hit area is of the women community.

First of all we’d like to know the phrase “domestic violence.” “Domestic” means “within the realm or the household territory” and “violence” means “using physical force to harm and to cause damage”. As a phrase “domestic violence” may be a “pattern of coercive and assaultive behaviours that include physical, sexual, verbal, and psychological attacks and economic coercion that adults or adolescents use against their intimate partner”. Domestic violence isn’t typically a singular event and isn’t limited to only physical aggression. But it’s the pervasive use of threats, intimidation, manipulation, and physical violence by someone who seeks power or control over their intimate partner.

Domestic violence happens in rural areas, towns, cities and in metropolitans also. Regardless of social classes, genders, racial aspects and age groups we discover violence happening in Indian households. According to ‘United Nation Population Fund Report’, around two-third of married Indian women are victims of violence attacks and as many as 70% of married women in India between the age of 15 and 49 are victims of beating, rape or forced sex.

In India, quite 55 percent of the ladies suffer from violence, especially within the states of Bihar, U.P., M.P. and other northern states. Justices Dipak Misra and Shiva Kriti Singh sentenced a person to 5 years in jail for torturing his pregnant wife who ultimately committed suicide. They claimed that “This resembles the story of numerous similar young ladies who end their life thanks to untold miseries and hardships faced by them within the confines of the four walls of their matrimonial home.” According to Unicef‘s Global report on Adolescents 2012, 57% of boys and 53% of women in India think a husband is justified in hitting or beating his wife. The dowry system, horror killing, and patriarchal norms against women have resulted in extreme and various cases of violence.

The violence against women has always been prominent in India but violence against men is additionally gaining momentum. The patriarchal system disguises men to not be susceptible to violence. Rukma Chary, the overall Secretary of Save Indian Family Foundation claims, “Domestic violence against men in India isn’t recognised by the law. The overall perception is that men can’t be victims of violence and that helps women escape scot-free”. They face violence from the opposite men of their household also face emotional trauma but fear beginning of the closet of the violence. In 2004, the National Family Health Survey (NFHS) has found that about 1.8% or an estimated 60 lakh women have perpetrated physical violence against husbands with none provocation.

The strange fact about the survey is that men weren’t asked if they’re victims of violence or not. Thanks to the social taboo that “Mard ko dard nahi hota” men are victimised but still hide their scars and fears even today.

According to UNICEF, per annum, as many as 275 million children worldwide are caught within the crossfire of violence and suffer the complete consequences of a turbulent home life. Violence against children involves physical and psychological abuse and injury, neglect or negligent treatment, exploitation and sexual assault. The perpetrators may include parents and other close relations. Child abuse in India may be a hidden phenomenon especially when it is done by the relatives. There’s greater emphasis given on child labour, prostitution, marriage etc but intra-family or violence is silenced or given minimal attention. India doesn’t have a law that protects children against violence. The violence is often physical abuse, sexual abuse and threats.

The study report of 2007 by The Ministry of girls and Child Development (MWCD) examined two sorts of emotional abuse: humiliation and comparison. Half these children reported facing emotional abuse with 83% of abuse being conducted by parents. 70.57% girl children are reported to be neglected by their relations. These factors need to be controlled then to prevent innocent children from domestic violence.

As recently noted by the UN Secretary General, global lockdowns have resulted during a “horrifying surge” in gender-based violence. The entire world is witnessing a pointy rise within the violation of rights of girls. Not only the developing countries like India became victim to the present curse during the pandemic but also developed countries like UK, USA, Australia, France, Germany, Hong Kong and lots of more countries succumbed thereto. 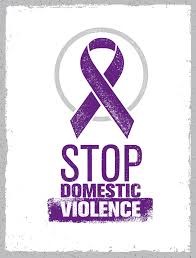 India’s National Commission for ladies (NCW) said it registered 587 violence complaints between March 23 and April 16 – a big surge from 396 complaints received within the previous 25 days between February 27 and March 22. It’s presumably possible that the amount of violence is far above the important figure as there are more factors exists which is responsible for this problem is that the victim locked in with the abusers won’t get access to a mobile and can’t get time to involve help.

CAUSES OF SURGE IN CASES IN PANDEMIC:

There are numerous factors liable for the violence perpetrated against women. Stress, the disruption of social and protective networks, and decreased access to services is exacerbating the danger of violence for ladies. Domestic labour is another important aspect which is liable for this surge in domestic abuse. Economic factor has played an important role in surging this violence. Domestic violence is within the sort of rapes and harassment also and COVID-19 time sets out the classic example of it. 2 crore babies are to change state in India till December 2020. This is often the very best number recorded thus far. India has still not penalised ‘marital rape’. It’s going to happen that ladies during the time of pandemic were subjected to force and since they’re always considered to be subordinate and disempowered.

With cases of violence swelling a day, to tackle things better the Delhi Supreme Court has directed the Delhi Government to reflect the appointments of protection officers. The National Commission for ladies (NCW) also launched WhatsApp helpline numbers to guard them from harassment and in grave cases psychotherapy Centre (CIC) through counsellors accompany the aggrieved person and change the recourse to public authorities. Steps taken are appreciated but they’re not sufficient to handle the emerging statistical numbers in cases of violence.

Article 51-A of the Constitution states that we’ve certain fundamental duties to perform on our a part of which one is “to promote harmony and therefore the spirit of common brotherhood amongst all the people of India transcending religious, linguistic and regional or sectional diversities; to renounce practices derogatory to the dignity of girls.” These issues must be highlighted through various modes like, radio channels, national news channels. Efforts like in France and Spain, where pharmacies are being trained during a thanks to identify the victim of abuse through code words like “Mask-19” for the people that cannot speak openly on social platforms should be adopted. The non-profit organizations, civil society organizations are a key to unlock the unawareness within the society.

PROVISIONS OF THE DOMESTICE VIOLENCE ACT 2005:

The legal framework in India is at stake during COVID. Violence results in abuse of human rights and fundamental rights for instance, right to measure with dignity (Article 21), right to measure in healthy environment and in healthiness granted by the Indian Constitution is violated. In Francis Coralie Mullin v. The Administration, the Supreme Court recognised the proper to be free from physical violence. Section 11of the violence Act describes that the govt is obliged to boost awareness within the society by regular publicity of issues through the utilization of print and media which has not been adhered to. Sections 8 and 9 of the Act haven’t been implemented in its whole as just some of the States are considering doing this. Section 7 of the Act which provides for medical facilities may be additionally not acted upon because the list of essential items lacks sanitary napkins which are a necessity.

There is little question within the incontrovertible fact that the judiciary even in these tough times has imparted its services during a very hardworking way by establishing virtual courts and ensured justice to the victims. Currently not only the physical but also the emotional and psychological health is at stake when an act of violence takes place against her. We’d like to create a secure and secure place for the ladies by ensuring checks and balances. These crimes are committed not only against the ladies but also against the democracy, humanity, natural laws and most significantly our system.

The “Intimate Terrorism” must be curbed as soon as possible before the human rights offering especially (women’s right issue) becomes a joke for the abusers within the time to return. The govt alongside the NGOs can protect the vulnerable section and help them to survive the pandemic by the fixing of emergency warning system in order that women could reach bent the authorities without alerting the abusers. To wind this up, Once Swami Vivekanand truly said, “There is not any chance for the welfare of the planet unless the condition of woman is improved. It’s impossible for a bird to fly just one wing.” After looking at the scenario of Domestic violence we can say that it really is a “Shadow Pandemic.”

[1]Protection of Women from Domestic Violence Act, 2005
[2] The CEDAW Committee is a body of 23 independent experts on women’s rights around the world; it monitors the implementation of the Convention on the Elimination of All Forms of Discrimination against Women, 1979, http://www.scconline.com/DocumentLink/9Z9K6X50 which entered into force on 3 September, 1981. As of January 2014, 187 countries have ratified or acceded to the Convention.
[3] UN, CEDAW Committee (1992), General Recommendation No. 19 on Violence Against Women, adopted at the 11th Session, 1992, A/47/38, 29 January, 1992. [4] https://www.aljazeera.com/news/2020/04/locked-abusers-india-domestic-violence-surge-200415092014621.html
[5] https://www.epw.in/engage/article/covid-19-domestic-abuse-and-violence-where-do
[6] Article 51-A of the Constitution.
[7] Francis Coralie Mullin v. Administrator, Union Territory of Delhi, (1981) 1 SCC 608
[8] The Protection of Women from Domestic Violence act, 2005
[9]Image Credits: https://jamaicahospital.org/newsletter/intimate-partner-violence/
[10] Image Credits: https://www.indialegallive.com/special/domestic-violence-amid-lockdown-the-shadow-pandemic/

This blog is authored by Nirja Parekh, Student of GLS Law College.