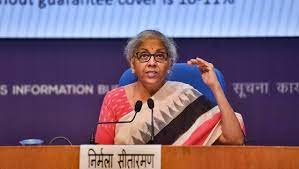 Indian Finance Minister (FM), Nirmala Sitharaman, presented the union budget for the Indian fiscal year 2022-23. The economic growth of the country is estimated to be 9.2%, which is the highest among all large economies. The major scanning of the entire budget would suggest that the ministry has focused on the promotion of the digital economy, clean energy, climate action, sustainability, and private investment with public capital investment.

Ease of doing business is one of the most prominent efforts by the government where the efforts would be made to boost the efficiency of the resolution process and facilitate cross border insolvency resolution along with a reduction in a time period for a voluntary wind up of companies from the time of 2 years and 6 months.

The startup ecosystem has recently and for a long time, got into the extents of private equity and venture capital investments. Scaling up such investments need the overcome hurdles in the regulatory arena and further issues. The applicability of GST and income tax on carried interest requires further detailing and deeper understanding. The formation of expert committees would aid the deeper understanding of such nuances.

Technology is one of the corestrategizers in this case where the latest upcoming technology that has the potential to uplift multiple sectors is the drone technology, which Is acknowledged well by the government with the Drone Rules 2021. The rules and regulations were liberalized where they could be used as a service would be facilitated the drone shakti project through its varied applications. The agriculture sector would benefit from this technology because as out of an independent initiative, the use of Kisan drones in Public-Private-Partnerships would be encouraged. The use of such partnerships would be to deliver digital and high-tech services to the farmers as their consumers for the purpose of crop assessments, spraying of pesticides and nutrients. The much-deserved upliftment and push for the agriculture sector through the focus on agritech. The startups starting through agriculture and rural enterprises would be aided by a fund with blended capital raised under co-investment models through NABARD.

For the EV sector, there are hurdles regarding the space required for such an infrastructure. To solve this issue, and for setting up charging stations, a battery swapping policy is proposed to be introduced, further, interoperability standards would be created. Private players would be engaged in the service to the development of an innovative business model. Sustainable mobility and the EV sector are the future into which there is a major boost given up by the government and the decisions taken so.

2.      Digital university of enhancement of the access to education across the country

4.      Launch of the National Tele-Mental health program with the objective to provide the focus needed on the current mental health issues out of various factors, i.e. Social media / Pandemic

The defense sector has always been an important sector for the present government for the upliftment and boosts towards the safety and security of the country. The potential of such a huge sector with added potential found for the boost for the economy has been discovered and the execution has taken place this year in a significant manner.

2.      Allowance to design and development of military platforms and equipment to be taken up by private industry in collaboration with Defence Research and Development Organisation

The introduction of taxation of virtual digital assets is one of the significant proposals for tax transfer of virtual digital assets, the rate of which is 30%. The tax rate is fixed irrespective of the period of holding of the same. The provisions of the proposals do not allow for the deduction regarding the expenses that are paid which are aside from the cost of acquisition.

The same assets are often gifted from the owner to the recipient and the latter party would be taxed in cases of transfers in the form of gifts. Loss, when incurred against the transfer of such assets, cannot be set off against the category of any separate income base. The withholding rate of 1% will be charged at the transfers in some cases.

The surcharge of the income for co-operative societies has a cap of 15%. This will aid them in leveling up and coming at the stature of other companies. The same on the long-term capital gains related to the asset transfer of varied types of assets, that would also be including the presence of unlisted shares has 15%. Where the current rate of the tax levied on the dividends by Indian companies from their foreign subsidiaries was 15%, has now been increased to 30%.

There was a strong need for an efficient litigation resolution framework to reduce and stop the repetitive appeals by departments in the high courts. With the end of the present assessment year, a period of 2 years will be provided to the taxpayers to clear out the mistakes made in the tax return. With the order of the adjudicating authority regarding the modification in the tax payable or reduction in the same of a taxpayer (Income Tax Liability), under IBC 2016, the AO (Assessing Officer) would modify the demand payable in alignment with the order.

One of the most prominent and the best decisions regarding GIFT City are:

Taxation specific decisions are regarding the same are:

1.      Tax exemptions to non-residents on income from

1.2.Over the counter derivatives issued by offshore banking unit

1.3.Income from royalty/interest from the lease of a ship

Replacement of the Special Economic Zone Act would be done by new legislation.

The budget also has amendments made in the ITA, 1961 regarding the

4.      Allowability of expenditure for business

The highlight has been the digitalization of ecosystems and sustainability with a futuristic boost towards new technologies. The taxation of the transfer of virtual digital assets would have long-term impacts and further analysis and regulations would further clarify the government’s positions and understanding of the same.

The possible or missed spots could be:

1.      Provisions on the offshore listing of Indian Companies

2.      Regulations regarding the SPACs

4.      Tax regimes for the business involved in green technologies