The world is undergoing a global public health crisis following the emergence of COVID-19, a disease which is most certainly originated from a species of wild animal. That this has occurred at the same time the planet is undergoing a biodiversity extinction crisis is not a coincidence.
Conserving biodiversity and safeguarding public health are inextricably linked through a range of complex ecological and socio-economic factors. Many drivers of biodiversity loss, such as habitat loss and encroachment, bush meat hunting and the trafficking of wild animals and their products, are the same drivers of zoonotic disease emergence.
Our planet’s biodiversity acts as a protective mechanism against human disease, but more complex, thanks to our intestinal biodiversity. The rate of zoonotic spill-over from wild animals has accelerated over recent decades, alongside an alarming increased loss of biodiversity. The 2018 Living Planet Index, produced by ZSL for WWF, showed that the populations of monitored mammals, birds, reptiles, amphibians and fish have, on an average, declined by quite half in little more than 40 years.

At the same time, significant disease outbreaks have caused major loss of life and economic devastation: 75% of all new human diseases identified in recent years began as zoonoses and many of these – including SARS, MERS, Ebola, Hendra, Nipah and now Covid-19 – originated from wildlife either directly or via domestic animal intermediate hosts.
During the COVID-19 pandemic, much has been made of the importance of wild animals, such as bats, as sources of pathogens that can jump into new species, including human beings. However, wild animals are not the problem. They don’t cause disease emergence. People do. At the root of the problem is human behaviour. By changing human behavior, we can make a big difference in terms of handling future pandemics

ECOLOGICAL DESTRUCTION AND LOSS OF HABITAT:

Most of the diseases in humans come from animals from domestic and from wildlife. These are called zoonosis, and there are around 435 diseases that jumped from animals over the past 60 years into humans. Over 60% of these “spillover events” are really related to some form of change like deforestation or increases in agricultural activities. We have more encounters with these animals and therefore we get more viruses coming from these animals to us. Just to be clear, biodiversity itself doesn’t represent a threat to humanity; it’s that we humans are getting more comfortable with destroying the habitat of these animals and we are having more encounters with them.

DEFORESTATION AND TRAFFICKING OF WILDLIFE:

HIV jumped from primates to humans. Ebola is linked to deforestation and jumped from bats to humans. In Latin America, we have several different examples of hemorrhagic fevers like hanta virus. Recently, in Bolivia we witnessed the Machupa virus that jumped from rodents into humans, leading to very high mortality rate. There are also human activities and practices that cause diseases. In the case of COVID-19, there is strong evidence that it jumped from bats into humans in a wildlife market in Wuhan, China.
Deforestation rates have soared across the globe, driven largely by agriculture and logging. From a public health perspective, the climate crisis is increasing the spread of certain diseases and complicating efforts to combat others. Seasonality and weather are two of the main factors that control the speed at which viruses like the flu infect humans. It will accelerate global climate change, already one of the most important threats of our generation. With many local rangers and communities already being the last stand against mounting threats, the world’s biodiversity is now facing new challenges. Governments should keep their investments in biodiversity conservation as much as possible at the same level, but this is only a short-term solution.

As per estimates by the World Economic Forum (WEF), over 50% of modern drugs are developed from natural plant extracts. Biodiversity is essential not only for the ecosphere, but also for human health and medicine. Several treatments for health come from plants. Recently, it has been discussed that chloroquine medicine that has been used for years to treat malaria, can be used in combination with other medication to cure or to treat COVID-19. But this quinine comes from a plant from the Amazon, so it’s important to keep all this biodiversity, but also work to explore all the active principles that are in these plants and can potentially be used for human health.

The risk of emerging infectious diseases and it’s important to clarify that there are three components of risk.

1. Hazard: Its biodiversity, but especially mammal biodiversity, because these mammals are hosts for all these different pathogens. Biodiversity doesn’t represent a risk to human; it’s when we disturb the biodiversity that we get into trouble.
2. The exposure: Exposure is extremely important, and it’s related to human behavior. There is a widespread belief in China that traditional medicines and particular types of meat make people healthy; it’s putting us in danger. By changing human behavior, we will make a big difference in how we handle future pandemics.
3. Vulnerability: We can understand it as vaccination. People older than 60 years of age are more at risk because they are more vulnerable to this disease. But in other cases, like Zika virus, we also said children that are young, like 5 years or younger, are at risk as well because they are developing the immune system.

Human-caused global climate change plays a important part in exacerbating pandemics. Alongside natural habitat and wildlife loss, shifting climate zones increases our vulnerability to a variety of health threats. Because the world warms, wildlife is forced to migrate to new places, where they interact with other species they haven’t previously encountered, increasing the danger of latest diseases emerging.

We know within the late 1990s in Malaysia, the outbreak of Nipah virus was a results of forest fires and drought which had caused fruit bats, the natural carriers of the virus, to maneuver from the forests to pig farms. Infected pigs then infected pig farmers, who infected others, spreading the disease.

HOW TO CURB FUTURE DISEASE OUTBREAKS:

The first step: Protect nature. Humans have traded diseases with wildlife for as long as people have domesticated animals from nature. Many of humanity’s existing diseases originated from animals: the flu comes from pigs and birds, tuberculosis originated in cattle, Ebola comes from chimpanzees or bats. Disturbingly, research projects that animal-borne illnesses are getting into become more frequent thanks to the rapid destruction of nature. 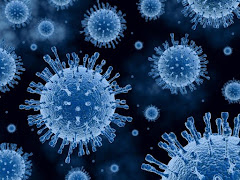 Later in 2020, world leaders will convene at the UN Conference of Parties (COP) to the Convention on Biological Diversity to develop a roadmap which will guide nature conservation efforts for subsequent 10 years. The period, during which we must slow global warming, protect our ecosystems and save species under threat. Under current conditions, quite 1 million species are in danger of extinction thanks to human activities, so to conserve the planet’s wildlife by protecting nature are critical to preventing a mass extinction. Protecting 30 percent of tropical lands could help cut species extinction risk in half, while slowing climate breakdown. One measure that countries must take to protect nature and stem zoonosis disease outbreaks is permanently ending the worldwide wildlife trade.

Outbreaks like Ebola and HIV also emerged from areas where forests, among the biodiverse habitats of our planet, were disappearing. Our goal is to help countries recognize the importance of biodiversity protection, and leverage money and economic systems to support that goal. In Georgia, we helped generate more public sectors funding for biodiversity investments, increasing the available budget from US$30,000 to US$270,000. Within the Philippines, replacement budget proposal exceeding US$40 million for protected areas was adopted last year, and in Guatemala, five municipalities increased their budgets for marine protection by 50 percent.

In the middle Ages, the plague caused by a bacterium originated in city rats and was typically transferred to humans via a bite by an infected flea. The 1918 influenza pandemic (Spanish flu) has been traced back to birds and killed an estimated 50 million people, about one-third of the planet’s population. In 2009, the less fatal swine influenza was sourced to pigs raised for food in North America; and HIV/AIDS started as a virus in Old World monkeys in Africa. Between 1980 and 2013, there have been 12,012 recorded outbreaks, comprising 44 million individual cases and affecting every country within the world.

When human activities, like logging and mining, disrupt and degrade these ecosystems, animals are forced closer together. In these conditions diseases may bounce and forth between wildlife populations and us. For an extended time, nature was robust and resilient, so humans often assumed we could do anything we wanted thereto it and it might bounce back.
Perhaps the seriousness of our current situation will make us finally understand that the biodiversity crisis, the global climate change crisis and therefore the COVID-19 crisis are deeply connected. The state of the environment affects the transmission of infectious diseases, which means we must adopt a holistic view of public health that has the health of the natural environment. Nature does tons to support us and one among the items we must neutralize exchange for the advantages it to form sure we protect it. And that is why we can say that “Conservation is better than Cure.”

This blog is authored by Nirja Parekh, Student at GLS Law College.