In about couple of months after 75 years of Nuclear attacks on Japan and foundation of the United Nations, the first-ever Treaty prohibiting Nuclear weapon (TPNW) shall come into force as the 50th ratification for the 2017 treaty came in this October. Nuclear Disarmament is not an alien concept to the International law regime, it has been one of the cornerstones which lead to the foundation of United Nations. 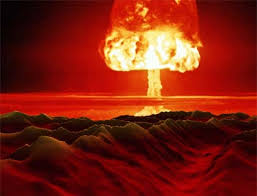 The inception of creating a nuclear-weapon-free world can be dated back to the initial years of United Nations where the General Assembly in the year 1946 adopted its very first resolution establishing a commission to deal with the Problems Raised by the Discovery of Atomic energy. It will be the first-ever multilateral legal document to proscribe not just use of Nuclear weapon but also develop, test, produce, manufacture, otherwise acquire, possess or stockpile them, hence making (an attempt) nuclear weapon obsolete. TPNW was negotiated by about 130 states as good faith for their responsibility under the Non-Proliferation treaty (NPT). Once could decipher from the preambulatory clauses of the TPNW that it attempts to delegitimise the Nuclear Weapon and for that end, it seeks to set a tone for the international community in which Nuclear weapons are a legally unacceptable instrument of States Craft. The drafters of the treaty were and are in no utopian dream that it will produce immediate and effective results and it is evident by the preparatory work none of the states in possession of a nuclear weapon was even part of the negotiations but still yet the treaty has been hailed as the biggest step for International Humanitarian Law in achieving its goals.

As mentioned above the drafters of the treaty were not in an illusion that it would somehow magically eradicate all forms of Nuclear Weapon from the planet but they believe it must be complement with certain more effective and efficient steps and agreement as it has previously outlined in the ‘Action Plan’ of the 2010 NPT review conference. It could be said that drafters intend changing the legal-normative context of a nuclear weapon to achieve the goals of the treaty. The world came off the brink of Nuclear war during the peak of Cold War arms race between the US and USSR, it was after the end of the cold-war the international community realised that nuclear weapons needed to go, considering the mood of the all 5 nuclear weapon states in post-cold era the international community didn’t demand an immediate and complete ban on nuclear weapons but came to an amicable settlement with the NPT.

NPT came out to be an important instrument which reduced the value of Nuclear weapons in warfare by heavily regulating and restricting the production and testing. NPT was hailed by the international community but in due course of time, it was unable to prove its efficacy as it underpinned the widespread frustration and threat posed by nuclear states due to the dawdling disarmament. But NPT did set up a stage a new custom in international law regime by kick-starting the state practice and provided the required opinio juris for further negotiation stemming from the acceptance of destruction caused by nuclear weapon must be taken seriously.
It started a domino effect (knowingly or unknowing) by hinting a nuclear-weapon-free environment in foreseeable future for which counterproliferation, readjusting nuclear posters and sanctions could have been a possible start. But few states even tough accepting the perils of the threat posed by Nuclear weapons and showing a willingness to act upon it had a very myopic vision as to what the NPT could lead to in future. They saw NPT just as a break on the cataclysmic arms race due to cold-war and were of an opinion to continue the possession of such weapons and devised a counter logic of Nuclear deterrence, which was contrary to the underlying principles laid down in the Article VI of the NPT (which might result in the violation of the customary treaty law (In the case concerning the arbitral award ICJ noted that Article 31 and 32 of the Vienna Convention 1969 is considered to be confiscation of the customary law) ) as it didn’t just negate the possibility of eliminating nuclear weapon but instead it necessitated the possession of a nuclear weapon to maintain the world peace.
Amid all the opposition and the jurisprudence of the International Court, few states during at the 2010 NPT review conference took an initiative to refocus on the complete elimination of the Nuclear weapon as it rendered unsolicited humanitarian crisis. They actively participated in negotiation with an objective of legitimatize them completely, negating all the utility intuited by the Nuclear Weapon states. But doing this came with a burden. A burden of challenging the existing premise which rendered an international social acceptance of valuing the grave threat posed under any given circumstance. This started a chain of negotiation which brought a huge chunk of international Community under its umbrella as a result of the shift in the existing disarmament diplomacy which didn’t just see the states in possession of Nuclear weapon in isolation but paved a path towards a normative international paradigm where states and the weapon were embedded.

These negotiations empowered the non-nuclear states to come forward and challenge the existing disarmament diplomacy, the terms of which were mostly dictated by the Nuclear Weapon-Sates and attempt to change the existing social structure which legitimised such possession. It was this awareness which laid the foundation for the Treaty which would call for a complete prohibition of the Nuclear weapon.

Carrying the motivation from the 2010 NPT review conference states such as Norway, Mexico and Australia. went on to organise a series of three major conferences on humanitarian consequences of the Nuclear weapon. It was in 2012 that the general assembly adopted a resolution 67/56 raising grave concern over the humanitarian consequence caused due to Nuclear weapons. The resolution paved way for establishing the open-ended working group a year later to draft a treaty in pursuit of Nuclear Weapon free environment. Then the group in its report developed a full-fledged proposal envisioning multilateral nuclear disarmament by the means of illegalising such weapons. But given the unbridgeable distance between the nuclear-weapon state and non-nuclear-weapon state, the negotiations were boycotted by all the states in possession of those weapons, not just they didn’t participate in the negotiations they vehemently opposed such initiative. These conferences were quite an aberration from usual Humanitarian conferences as most of that most of the Europeans sates remained absent. But the conference saw huge participation of the civil society with more than hundreds of NGO’s coming together and raising their concern.

By 2016 the working group were able to formulate a resolution for the General Assembly after various multi-lateral and bilateral negations to start negotiations a year later for a multi-lateral treaty calling for a complete prohibition of Nuclear weapons. The resolution was passed by an overwhelming majority of 123-38 with 16 states abstaining. Ambassador Elayne Whyte Gomez, the president of the negotiation, during the first round of negotiations, compiled draft convention on the prohibition of nuclear weapon based on opinions and concerns raised by the participating states. It was in the second round of the negotiation in July 2017 that the complete and full-fledged, a first of its kind Treaty on Prohibition on a nuclear weapon was adopted by a vote of 122-1 with 1 abstention from Singapore.

As mentioned above due to an unbridgeable gap between the drafter and the Nuclear weapon state it’ll be a near to impossible job to consolidate all the parties. The nuclear-weapon states have a very compelling legal argument in their arsenal which legitimises the possession or even use of the nuclear weapon. Such confidence has been bestowed upon the nuclear-weapon states by the ICJ through its advisory opinion on the legality of the threat or use of Nuclear weapon. The court opined that even though the threat or use of Nuclear weapon is generally is contrary to the principles of international law, but it will not be viable to construe a categorical position on the legality of the threat or use of Nuclear weapon in extreme in condition especially when the survival of the state is at risk. The reasoning ICJ used to reach such a conclusion has been widely criticised. The court reached such an absurd conclusion citing the lack of customers as well as conventional international law which calls upon the universal and comprehensive prohibition of a nuclear weapon. Many have argued that as a nuclear weapon was an invention of later part of 21st century it was carelessness on the part of the ICJ to search for customary law which proscribing Nuclear weapon. There has been various other criticism of the advisory opinion premised upon the compatibly of Nuclear weapon with the international humanitarian law in particular with the Jus ad Bellum.

Apart from relying upon the jurisprudence of the ICJ, the states have devised various theories which provide them reasonable ground to possess the nuclear weapons. All the nuclear states and majority of NATO states have criticised the treaty citing reasons like it will be a distraction from already existing disarmament and non-proliferation formwork such as the still-pending ratification of CTBT by Nuclear-weapon states and the treaty on the fissile material cut-off. The treaty could undermine the safeguard provision included in the existing frameworks by giving states an option of choosing among the treaties (forum shop). The states have also used the arguments of the deterrence theory as to how possession of nuclear weapon could prevent a catastrophic war rather than eliminating it.

TPNW could be seen as one of the noblest and humane initiative by the international community and can be seen as the result of their frustration caused due to the lethargic process of nuclear disarmament whilst living in a heavily nuclear-armed world where entire humanity can perish by just a press of a button. It is a very bold attempt to challenge and destabilize the established social construct which renders acceptance to a nuclear weapon. Though there might be resistance and legal grounds for the state to not to accept the treaty it is evident from the history textbooks that even though a state might be adamant giving in to a new international norm they eventually accept the legal-normative order hence legitimise the new social order as customary law. But there’s a long battle to be fought and dream of a nuclear-weapon-free state is a still utopian, whether or not TPNW will be able to bring the change which seeks to bring remains to be seen.