Many Legal activists have argued that The Indian Evidence Act, 1872 has contradicted section 133 by the illustration (b) of section 114. But the Supreme court has stated the difference between the two sections mentioned above and has stated the intentions of the makers of this act. Also it is important to understand and appreciated that both the sections have equal significance while deciding the verdict in the case which includes an evidence from Accomplice. 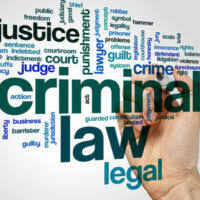 We as law students have learned that it is nearly impossible to study any section or any provision in isolation to other sections or provisions of different acts. So, in this case also section 306, 307 and 308 of Cr.P.C., 1973 plays a vital role to understand the concept dealing with Accomplice or an Approver under sections 133 and 114 of Indian Evidence Act, 1872.

Who is an Accomplice ?

An Accomplice in a partner or a friend in crime who has managed to gain the benefit of section 306 of Cr.P.C., 1973 by gaining the position of Approver. Now this person (Approver) is termed as an Accomplice under section 133 and section 114 of Indian Evidence Act, 1872.
Now the question may arise that what is the need to give any kind of benefits to a person who has committed a crime ? Sometimes it is nearly impossible for the investigating team to solve the crime and there are no evidences against the suspects in the crime. This happens in the cases where the crime is done with proper planning among the criminals and by accurate execution of that plan. In these cases, section 133 of Indian Evidence Act, 1872 helps the Investigating team to gather some evidences against the suspects in crime by making any one of such partner in crime an Approver under section 306 of Cr.P.C., 1973.
This Approver or Accomplice will disclose the story of the crime with all the evidences regarding the crime and in return no charges will be framed against him. But this is treated as the last option by the investigating team because if opted will result in the acquittal of that approver and conviction of the other co – accused in the crime. And this is backed by section 308(5) of Cr.P.C., 1973 which states that if the approver provide the investigating team with all the true facts and evidences known to him about the crime without any manipulation then the court will give an order of acquittal in the favour of this approver.
Further it is also stated that if the approver does not comply with the section 306 of Cr. P. C. or it has come to the knowledge of the court that the approver has lied in his testimony then the statement or testimony made by him will be used against for the conviction and his pardon will be cancelled.

Also, it is the duty of the investigating team to select such a co – accused to be an approver who is least involved in the criminal conspiracy.

Supreme Court in cases like “Ravinder Singh vs State of Haryana”[1]and “Khokan Giri vs state of West Bengal”[2], has stated that though the accomplice is allowed to give testimony but it is always preferred not to give verdict on the basis of such testimony only; because it is almost unsafe to do so. As the rule of prudence under illustration (b) has also suggested the court that an accomplice is unworthy of credit. So, it is safe if such testimony is corroborated in material particular.

The thing which should be kept in mind is that such corroborative evidence must be from an independent source which connects the accused person with the crime. Also, one accomplice cannot corroborate another in any case. The purpose behind the corroborative evidence is not to give credibility to those evidence which is deficient or suspected but to support or confirm whether such evidence is credible or satisfactory.

So, it can be seen that these two sections are not contradictory but are in coherence with each other one is giving a free hand by saying that if the court is confident with the testimony of the accomplice, it can give verdict on such testimony without any corroboration in material particular. But the other at the same time reminding the court to act cautious while announcing conviction on sole testimony of such accomplice.

This blog is authored by- Bhanu Pratap Singh Rathore[3]