An award is generally termed as something that denotes an accomplishment. Every year many individuals are awarded various kinds of awards for their contributions in various fields to help the society at large. 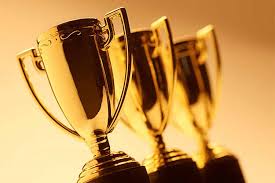 The main objective of giving out awards is to give recognition to the people who have put in their effort and motivate them and others to do something extraordinary to help the world grow. Awards act as a motivation for many and for others it sets a stage of earning respect from the entire world.

Among 74 participant countries, a total of 220 films were shown at the Dhaka International Film Festival. The theme of this year was “Better Film-Better Audience-Better Society”. An Iranian film, ‘Castle of Dreams’ which was directed by Reza Mirkarimi won the Best Film Award.

This award recognises the best recordings, compositions, artists, etc. The album of the year category winner was Billie Eilish’s work ‘When We All Fall Asleep, Where Do We Go?’

Dr. Susanta Kar is honoured with this award of Professor AN Bhaduri Memorial Lecture Award. This award is mainly given for biological chemistry, and science related to parasitic infection.

Sadat Rahman from Bangladesh was awarded the International Children Peace Prize for creating a mobile application named Cyber Teams which helps in curbing the problems like cyberbullying, etc.

A biologist at the Nandankanan Zoological Park, Rajesh Kumar Mohapatra was awarded Prani Mitra Award for his conservation and zoo management research.

Anika Chebrolu won 2020 3M America’s Young Scientist Challenge for the discovery of stopping the spread of Covid-19 virus. She was also awarded prize money of 25,000 dollars.

This award was announced by Kerala’s Culture Minister, AK Balan and declared ‘Vasanthi’ as the Best Film. Moreover, the Best Popular Film was awarded to ‘Kumbalangi Nights’.

Indo-American Chamber of Commerce(IACC) presented the Lifetime Achievement Award to Ratan Tata. This award was announced at the IACC’s virtual event of covid crusader award.

After the establishment of the framework of the International Solar Alliance (ISA) in countries, it is the first time that ISA was presented in its third committee. The three categories of these awards were:

Hence, giving out awards by renowned personalities at eminent platforms motivates others and people who are awarded feel the worth of their contribution which encourages them to work more diligently towards their future goals.